Nominate or Apply to the Board 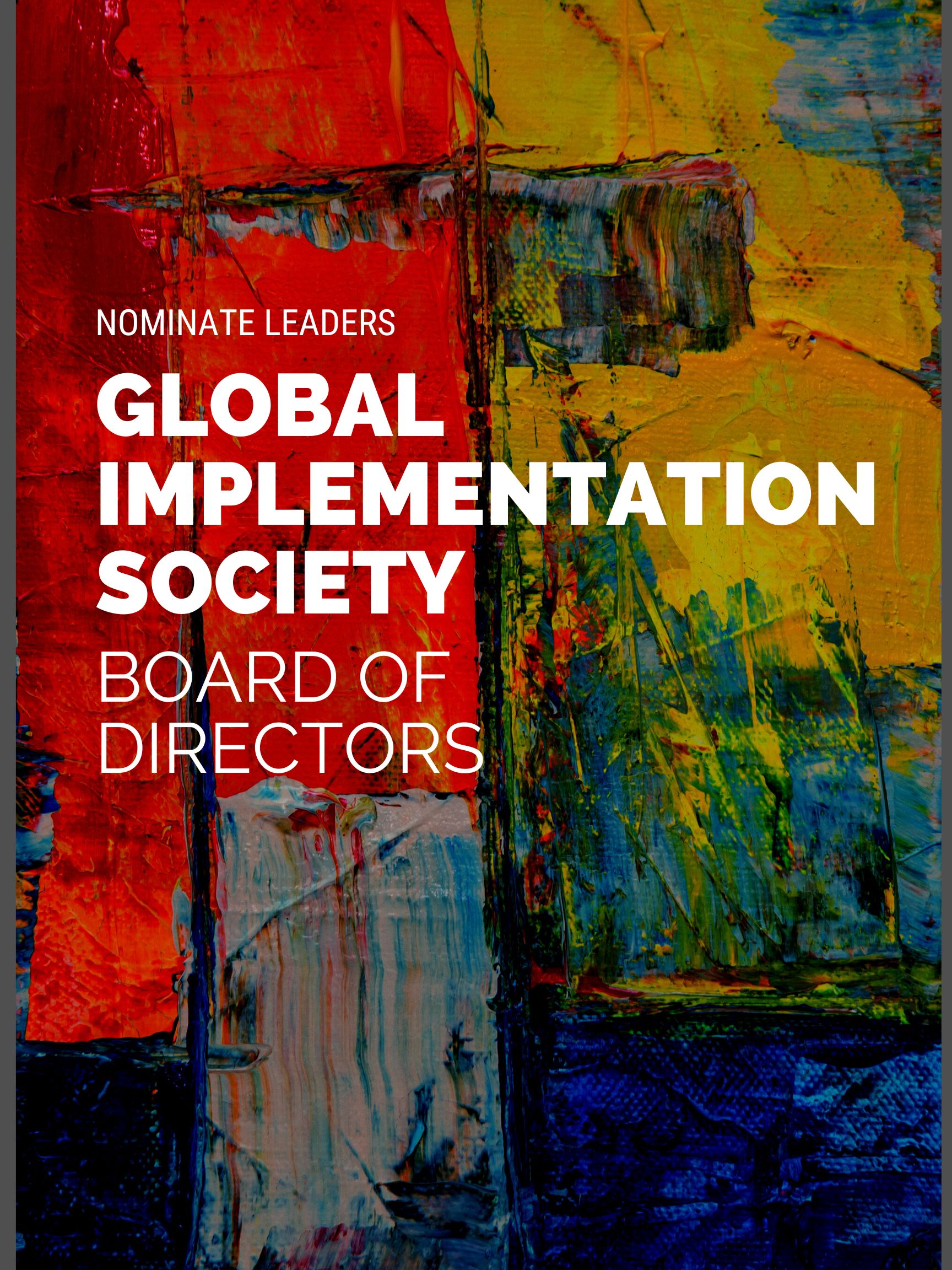 It's time for our annual election of new members to the GIS BoD - nominations are sought for three (3) positions, due March 15.

If you're interested in contributing to the direction and leadership of the Global Implementation Society as a whole (or have the perfect candidate in mind), it's time for our annual election of new members to the GIS Board of Directors - nominations are sought for three positions, with nominations due March 15.

Nominate or Apply with the form, below.

Board positions are three-year terms with the following responsibilities and commitments:

GIS aims to maintain a balance of board members that reflect the global diversity, demographics and focus of the GIS membership—certain board seats are restricted to particular global regions, however, the three seats open for the 2022-2025 term are all unrestricted.

GIS also seeks an engaged and active leadership—self-nominations are encouraged!

GIS Board of Directors - Call for Nominations, Applications